For us, rice was life.

There’s a Cantonese saying, 食咗飯未 (siik jor fan mei) – have you eaten rice yet? It is a standard greeting between family, friends, and sometimes even between strangers. It means, “Hey, how are you? Are you well?” Rice, and the act of cooking rice, of sitting down with a bowl of rice and eating it, was an act of care. And I remember my grandma putting pieces of choi sum and beef in my Hello Kitty plastic bowl, my dad putting a bit of tomato and egg, my grandpa sliding in a slice of steamed fish, and they would all mix with the rice to become a perfect, colourful, nutritious dinner.

As I grew older, the Hello Kitty plastic bowl got replaced by a ceramic one. My portion of rice grew larger, and larger, and suddenly disappeared. Around the age of thirteen, I stopped eating rice, because I learned that it had a high glycemic index. It was a bad carb. It was not a clean food. It had calories. Quinoa (an ancient grain!) was better for the body. Plant-based (read: veggies in Western supermarkets!) meals were better for the planet. I stopped eating the food that my family would make. My relationship with food turned sour. I was not happy.

Asians and diaspora Asians are often othered around food choices.  Rice, for many of us, means family, childhood, and a connection back to home we are trying to (re)establish.  But a lot of my Asian-American friends would get made fun of at predominantly white schools for eating rice or “weird” fish and veggies. My friend James says that this experience always made him feel stressed and othered and different. It still does. 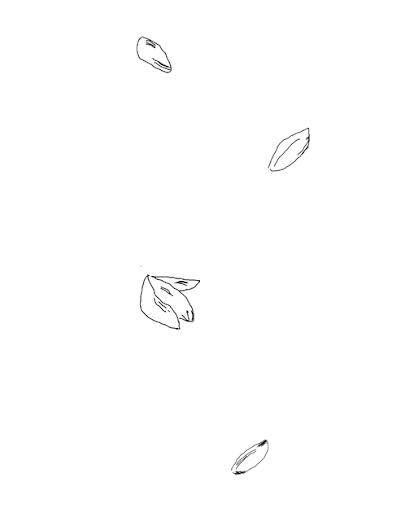 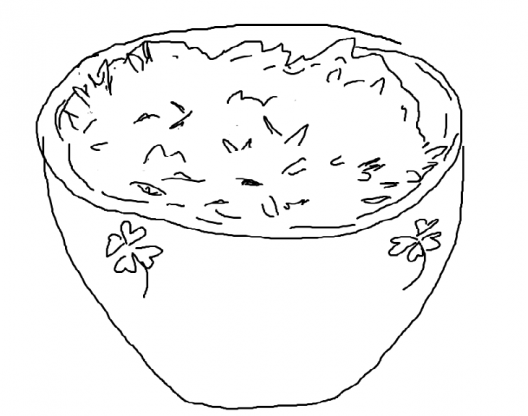 Last year,  a Bloomberg article came out saying that rice farming could have the same detrimental effect on the climate as 1,200 coal power plants. These reports questioned the sustainability of rice farming, comparing it to cattle farming, and have even made the suggestion that people should stop eating rice to be more climate conscious.

Reading it, I am sceptical; does rice really affect the climate as much as coal, or is this corporate America’s new attempt at finding an  excuse to not stop burning coal and reifying racism?

The thing is, rice does affect the climate. When farmers flood their rice fields to stop weeds from growing, the flooding allows microbes to decompose organic matter. This produces methane and nitrous oxide, both potent greenhouse gases; the global total greenhouse gas emissions resulting from continuous flooding of rice fields creates a similar global warming potential per year as if 1,070.85 megatonnes of carbon dioxide was released into the atmosphere.

Which is a lot.

Using data from the FAO, IPCC, and academic literature, a quick, back-of-the-envelope calculation shows that the global total greenhouse gas emissions resulting from continuous flooding of rice fields is actually only around 10% of the annual greenhouse gas emissions produced by 1,200 coal power plants. This discrepancy is because the Bloomberg article based their report on a single study that reported a high nitrogen flux and therefore high nitrous oxide emissions.

It’s therefore unlikely that rice farming emits the same amount of greenhouse gas as 1,200 coal power plants. Even if it did, electricity generation using coal produces emissions not just from power plants but also coal mining. Coal mines worldwide emit something like 629.73 megatonnes of carbon dioxide annually. And although coal plants emit aerosols, which can reflect solar radiation and dampen coal production’s greenhouse effect, these aerosols can also cause air pollution and harm our health. Rice cultivation arguably does not have this effect on the environment, especially if farmers use better cultivation methods.

If rice production and  cultures dependent on rice aren’t the ones responsible for the majority of the cumulative CO2 emissions, why are we asking rice cultures to change their diets when a select countries and corporations are emitting more? 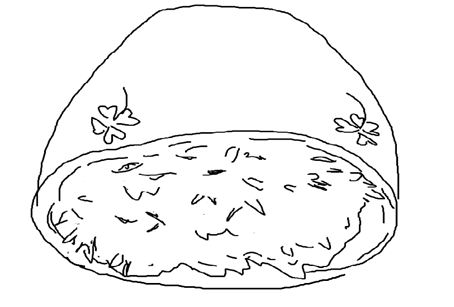 Food and the way we acquire it informs culture. Food is also often weaponized and politicized, used to confirm existing stereotypes, to otherize different groups, to justify existing norms of inequity. Rice remains a source of job security or staple food  for half the global population. There are so many varieties of rice, grown in so many different climates, cultivated in so many different ways. Last month, I walked into an Indian grocery store and was blown away by all the different types of rice I did not know of. And until very recently, I didn’t realise that many Asian cultures have a very similar rice greeting to the one in Cantonese. In Korean, it’s , 밥 먹었어요? (bap meogeosseo yo?). In Thai , it’s กินข้าวหรือยัง (gin khaao reuu yang).

And yet, we are supposed to stop eating it.

As climate change alters water and soil regimes and increases food insecurity, labelling rice farming as unsustainable, comparing it to cattle farming, and making the suggestion that 3.5 billion people should stop eating rice to be more climate conscious is not only racist, but also unhelpful. For a more just transition into a climate-ready future, efforts should be focused on developing culturally relevant, climate-mitigating farming techniques rather than narratives that are misleading with regards to climate science.