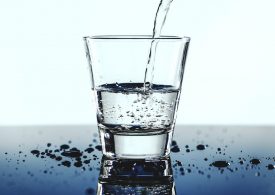 A recent article in the Seattle Times about lead in Seattle Public Schools’ water referenced SMEA alumna Rachel Blakeslee’s thesis. As part of Blakeslee’s research, she analyzed Seattle Public Schools (SPS) data and found that water sources at more than half of South Seattle schools exceed the district’s acceptable levels. These schools serve many students of color and families living below Federal poverty levels. Blakeslee also found that water sources at 36% of more affluent North Seattle SPS schools exceed these exposure thresholds. SPS has responded to issues raised by her findings, with statements including that many of the failed fixtures are sinks, that students are expected to drink from fountains, and that the district disables failing fixtures and posts signs warning students not to drink from bathroom sinks. The district adopted new testing and remediation policy in 2004, and Blakeslee comments, “I applaud (SPS) for the effort they put into this, but I definitely don’t view that as an excuse to not do better.”