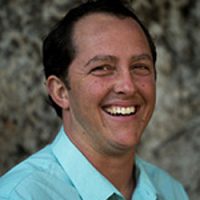 SMEA is proud to announce that faculty member Dr. Cleo Woelfle-Erskine has been recognized with the 2019 Annette Kolodny Prize for the best environmentally-themed paper presented at the American Studies Association national conference held this past year in Honolulu, HI.

Woelfle-Erskine’s paper “With and for the Multitude: Ecology as Queer Acts” was described as “a poetic, rigorous, and inventive reconceptualization of post-industrial waterfronts as transgressive spaces, or queer ecologies. Woelfle-Erskine sees these spaces as characterized by fluid relationships among peoples, non-human organisms, and built environments that challenge the epistemological certainties and securities that we too-often fall back on. Through an exciting combination of theoretical analysis, autoethnography, bioregionalist research, and the author’s own photographic practice, Woelfle-Erskine’s work opens up new methodological pathways for understanding liminal coastal infrastructures as sites of environmental justice at the intersections of saltwater and freshwater, ocean and river, built environment and nonhuman life, and an industrial past and coming future. By extending to the waterfront José Esteban Muñoz’s concepts of the “brown commons” and “cruising,” this paper redefines the post-industrial port not only as a site of radical political and social interaction among humans, but a place to reimagine and reengineer human relations to the non-human world.”

Dr. Woelfle-Erskine was drawn to the places along the Duwamish River, because it reminded him “of similar Environmental justice issues” he had been involved with in the San Francisco Bay Area, and waterfronts he had sought out “as spaces of queer ecological connection”. In developing a SMEA/CHID Ecopoetics Along Shorelines class alongside July Hazard, he developed field writing and art techniques used to generate the theoretical approaches he used to conduct the research. Thesis work by SMEA alum Cori Currier focusing on anglers’ and local residents’ use of Duwamish salmon restoration sites as recreational spaces also shaped the research.

The committee found that Woelfle-Erskine’s project exemplified the goals of the Annette Kolodny Prize, which recognizes excellent scholarship in environmental studies that is presented at the annual meeting of the American Studies Association.

The prize, which is generously sponsored by Duke University Press and West Virginia University Press, will be conferred at the ECC Business Meeting at the ASA conference in Baltimore in November 2020. For more on Dr. Woelfle-Erskine’s work, you’ll soon be able to read his book “Underflows: Transfiguring Rivers, Queering Ecology”, which is under contract with UW Press.