Frankenfish: Beyond the Myth 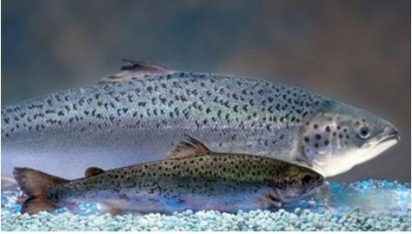 By Katie Keil
On April 26, 2018, the US Food and Drug Administration (FDA) approved an application for a genetically engineered (GE) salmon facility in Indiana, paving the way for “frankenfish” to be commercially produced on US soil for the first time. These “frankenfish”, containing genetic information from three different species, were first demonstrated in 1989 but have had difficulty garnering consumer support. 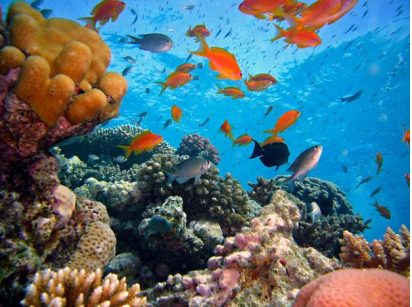 By Stephanie Wolek
We’ve all heard about the issues with our planet’s coral reefs—they’re being damaged by pollution, climate change, habitat loss, and a seemingly endless list of other human-driven factors. It’s easy to become discouraged when hearing about the latest coral losses and some articles have gone so far as to (mistakenly!) declare reefs dead. There’s good news and bad news. 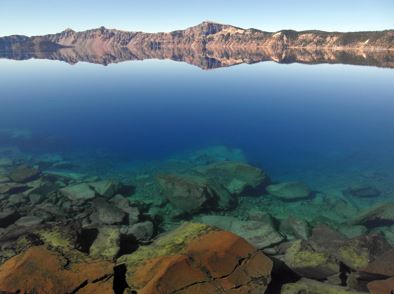 By Kaitlin Lebon
We at Currents have talked extensively on public participation and its vital role in how our government works. Participation through the public comment process is easy thanks to tools like the Public Comment Project, which organizes proposed regulations by topic and links to the commenting platform. Those seeking to make political influences as an average citizen through public comments can find step-by-step infographics here. 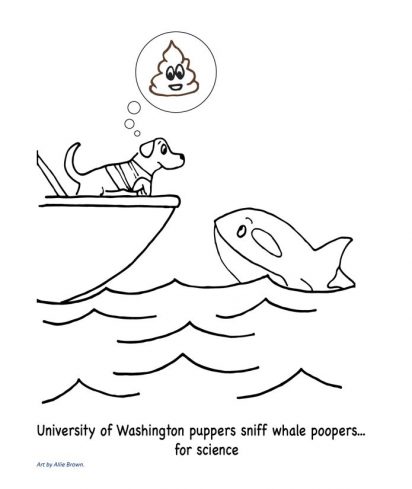 By Mackenzie Nelson & Allison Brown
In graduate school, the volume of scientific articles and ocean science and policy topics we read about is astounding. Many of us joke that our eyes have gotten worse since taking our first class because of all the reading we do on our computers. I personally have upped my prescription since starting in the fall of 2016 and nearly everyone in the class of 2018 who started without a prescription has now gotten one. 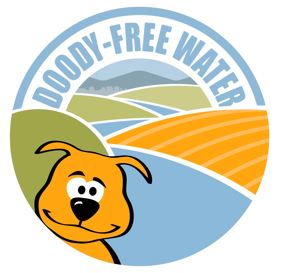 By Nyssa Baechler
You have probably seen the many different iterations of the same signs: some ask, some tell, and some threaten by using pleasantries, profanity, or puns to get you to pick up your dog’s poop. Whether the signs make you giggle or gasp, the message is clear —Be responsible and scoop the poop! However, the entire reasoning behind the signs might not be so clear. 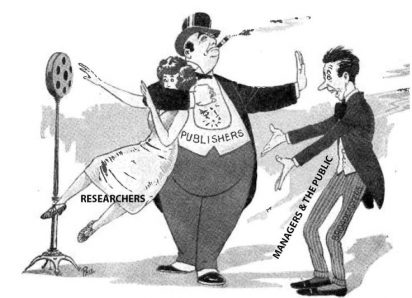 By Allison Brown and Nick Wehner
It is no secret that academic papers can be jargon-filled and boring. But they are still full of useful information about what works in marine management and in science. The lack of papers on what doesn’t work is a topic for another blog post. Unfortunately, academic papers are out of reach for most of the people who could use that information.

Where has all the good sand gone? 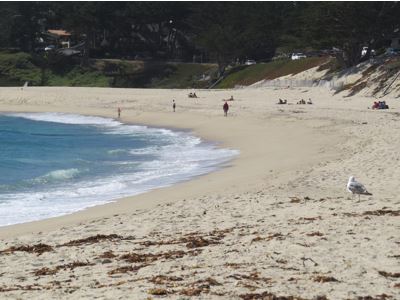 By Mackenzie Nelson
It was a badge of honor, a trophy of a summer well-spent. The sand that collected on the floor of my car and hid in the crevices between the seats indicated how I had taken advantage of my proximity to the beach. I let it follow me home, sticking to the bottoms of my feet as I would make my way through the dunes at the end of a day in the sun. 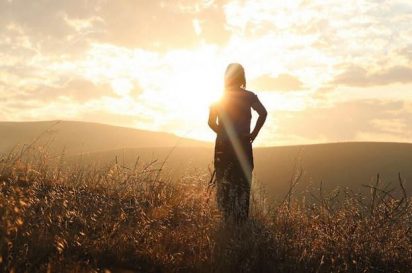 By Alex Gustafson
Time often seems to move quickly, and the pace expected for completing projects or goals can diminish the time we have available to congratulate ourselves. This is especially true as graduation approaches for some, and the end of the school year for all. I believe it is important to genuinely reflect on our experiences and take time to appreciate what we do in order to maintain our perspective, our motivation, and ultimately the quality of our work.

In Defense of Aquaculture: An Argument for a Sustainable Seafood Future 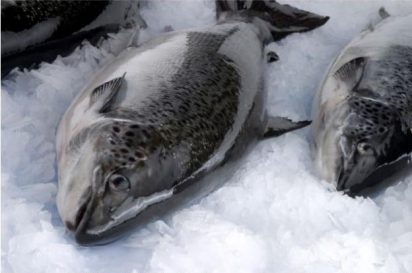 By Danielle Edelman
In August 2017, a massive net pen failure released thousands of Atlantic salmon into the waters of Puget Sound. This event prompted a renewed surge of energy for the many residents, lawmakers, advocacy groups, and businesses which oppose the development of net pen salmon aquaculture in Washington. From the cancellation of Cooke Aquaculture’s Port Angeles farm lease, to the signing of a bill on March 22, 2018 to eliminate the farming of non-native finfish in state waters, the future of finfish aquaculture in Washington is beginning to look grim. 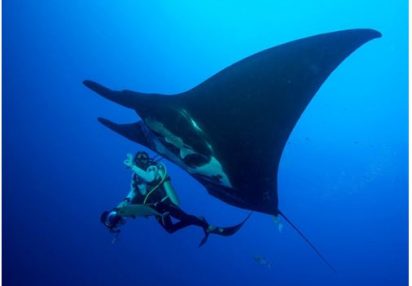 By Jessica Knoth
Chimpanzees preen in front of mirrors, elephants inspect themselves in reflective surfaces, and dolphins name themselves with individual whistles. Surprisingly, manta rays are in the same category as these charismatic mammals when it comes to intelligence tests. A recent study found that giant manta rays display the distinct behaviors humans assign to self-awareness. Manta rays are in the elasmobranch family of cartilaginous fishes that include sharks and skates.

My heart is octopied by octopuses and yours should be too 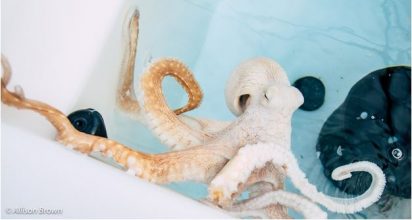 By Allison Brown
As a serial spontaneous traveler, I often end up at a destination with no plans for what to see or do. Much to the chagrin of my parents, intensive scheduling doesn’t always factor into my pre-trip planning. I enjoy that freedom to see where the days take me. My trip to Kona, on the big island of Hawaii, was a classic trip for me (and maybe even a little more organized and planned out than usual). 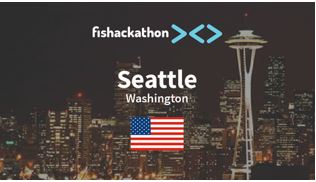 By Samantha Farquhar
In short, a Fishackathon is a competition that brings data savvy people together to develop technology-based solutions to tackle large-scale fisheries issues.
‘Hackathon’ events are increasingly being used as way to source big data solutions for global problems. For example, past hackathons have worked to address human trafficking, inequality, and even water scarcity.  On February 10th and 11th, Hackernest, a non-profit tech community, and the U.S.

“High” Tide: Aquatic organisms may be in for a bad trip 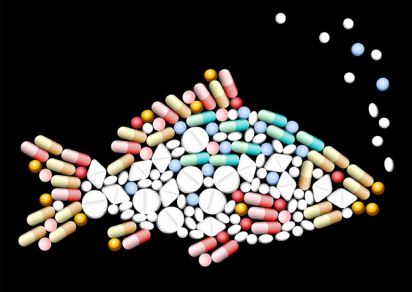 By Celeste Barnes-Crouse
Did you know that the pharmaceuticals you take can end up in your pee? And once that’s flushed down the toilet, they can build up in aquatic environments. At the 2018 Ocean Sciences Meeting, researchers Tawnya Peterson, Brittany Cummings and Joseph Needoba discussed how freshwater and coastal marine environments near urban centers can retain dissolved drugs, and how this has the potential to biologically affect the organisms in these ecosystems.

It’s time to get fired up about wildfires 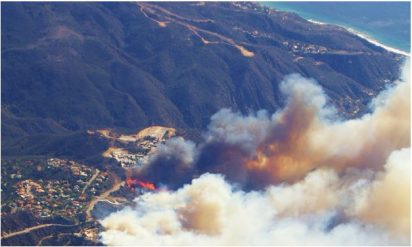 By Mackenzie Nelson
From the comfort of my window seat, I watched as the sea of clouds rapidly gave way to clear skies. It was the first sign I had officially left the Pacific Northwest and was flying over Northern California. Looking west, the ocean expanded before me as I mentally marked exactly where I was along the coast—Bodega Bay, Tomales Bay, etc.—checking off points confirming my journey south.

Sifting through the muck. Has unnecessarily inflammatory rhetoric spun the solar dispute into another useless political debate? 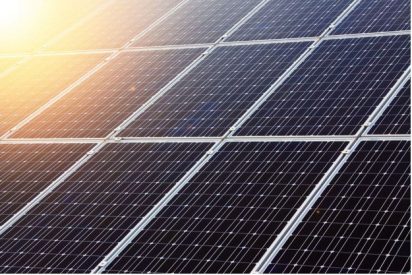 By Alex Tellez
The recent debate over the newly-approved ‘trade remedies’ on solar imports has U.S. citizens polarized. The solar market has become the subject of another green energy versus conventional energy, left versus right, progressive versus status quo dispute.  However, upon further investigation, the roots of these opposed sides tangle in a muddy field; the political platforms to which citizens cling collapse under scrutiny.

By Katie Keil
Two stories seem to circulate repeatedly in the news: declining sea turtle populations and the dangers of fishing to marine life. Unsurprisingly, the two are related.
Fishing gear is the single greatest threat to sea turtles. Bycatch, or the incidental capture of a species by a commercial fishery, is such an extensive problem that some small-scale fishing boats can catch 16 sea turtles a day. 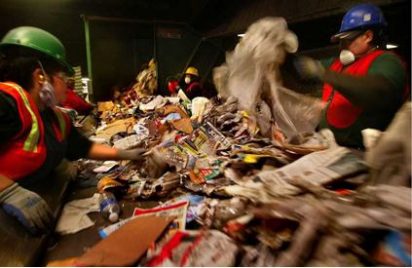 By Nyssa Baechler
What if I told you that, despite my best intentions, I could single-handedly be causing tons of recyclables to end up in a landfill? I am that person that hovers over the recycling, compost, and waste bins while struggling internally to decide what item goes where. I want to feel like I’m saving the environment one piece of trash at a time. 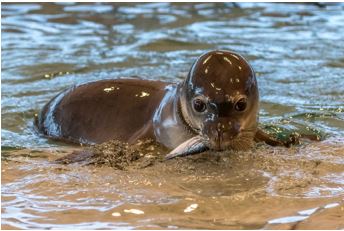 By Spencer Showalter
For this week’s dose of #OceanOptimism, let’s fly across the Pacific to meet Hawaii’s state marine mammal: the Hawaiian monk seal (Neomonachus schauinslandi)! This charismatic animal is the oldest seal species on the planet—evidence indicates that they have lived on the Hawaiian islands for several million years. Unfortunately, they’re also one of the most endangered marine mammal species in the world. 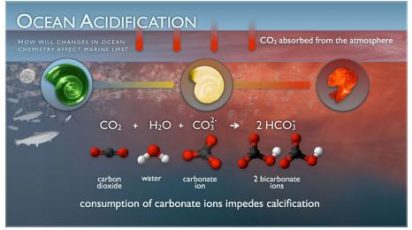 By Ashley Bagley
Ocean acidification is Puget Sound’s silent killer for marine organisms – acidifying seawater cannot be readily seen, yet its effects are pervasive and detrimental to the Sound’s ecology and renowned shellfish industry. Ocean acidification occurs when the ocean absorbs carbon dioxide from the atmosphere, which creates a foundational change in seawater chemistry – carbon dioxide reacts with water to create carbonate and bicarbonate ions. 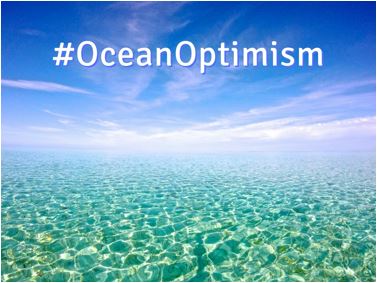 By Kelly Martin
You open the newspaper or scroll through your newsfeed and it’s everywhere: another oil spill, natural disaster, or endangered species gone extinct. Doom and gloom fills the pages of most news we see, particularly news concerning the environment. After a while you may think to yourself, “is it even worth trying to fix the planet anymore?” You’re not alone in this sentiment: researchers at Columbia University’s Center for Research on Environmental Decisions (CRED) call this “emotional numbing,” a phenomenon that occurs after repeated exposure to emotionally draining scenarios.

Read more
Back to Top 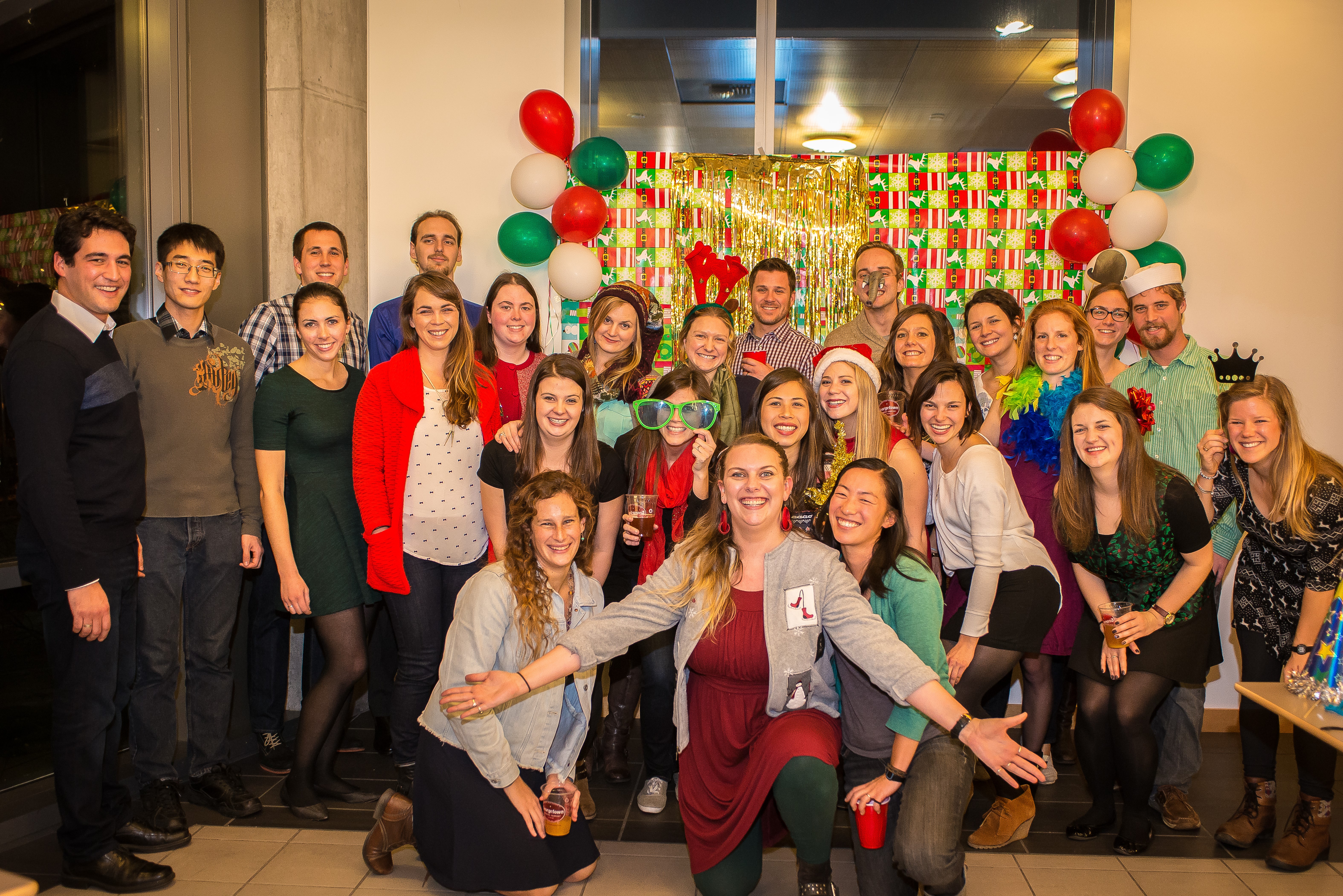 Yes, they study hard, but they play hard, too. The annual Holiday Party is just one example of our students having a good time together. Find out the latest happenings and news by visiting our SMEA Facebook page or following us on Twitter at @SMEAatUW.