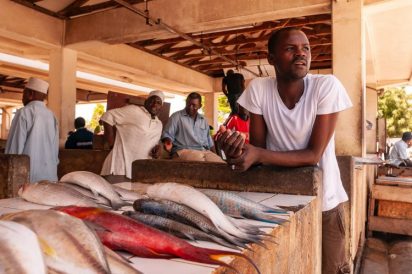 Millions of people are suffering from malnutrition despite some of the most nutritious fish species in the world being caught near their homes, according to new research published Sept. 25 in Nature. This research, led by an international team including the University of Washington, suggests enough nutrients are already being fished out of the oceans to substantially reduce malnutrition and, at a time when the world is being asked to think more carefully about where and how we produce our food, fishing more may not be the answer. “Our food systems are a mosaic of local and global products, and fish are among the most internationally traded foods,” said co-author Eddie Allison, professor in the UW School of Marine and Environmental Affairs. “There are two ways in which seafood slips out of the hands of the poor. One is that lower-cost, often highly nutritious small, oily fish are the basis for the world’s aquaculture, animal feeds and pet food trades. These markets can pay as much or more than low-income consumers for their fish. The second is that the demand for high-quality imported seafood in wealthy countries means that our fishery management systems and markets tend to funnel fish toward those who can pay the most for it. Fisheries management has to be orientated more toward contributing to human nutrition if we want to close this nutrition gap.”

Read more about the research conducted by Professor Eddie Allison and his colleagues here.